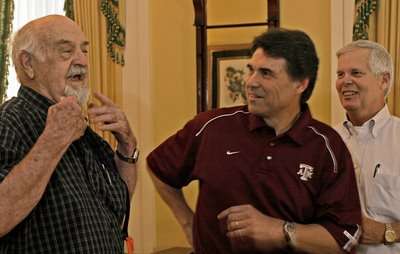 Thao Nguyen AMERICAN-STATESMAN 06/11/06
(Left to right) Lt. John Keith Wells of the USMC converses with Governor Rick Perry and Assistant Attorney General Jay Kimbrough during a brunch at the Governors Mansion in recognition of the first flag raising at Iwo Jima. 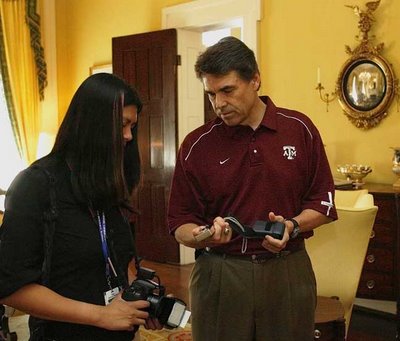 Photo by AP photographer Harry Cabluck. This was a fun assignment! The governor is a really nice man! 🙂 We were comparing cameras… yay canons! Oh and as I said good bye to the Gov, he told me that when I graduate I should come back to Texas because its too cold in Syracuse! 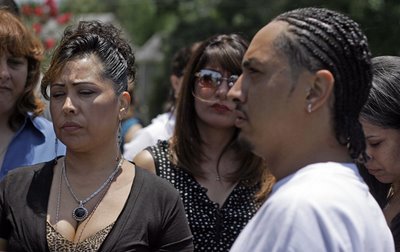 Thao Nguyen AMERICAN-STATESMAN 06/11/06
Daniela Rocha and her son Jerry Rocha converse with friends and family after a church mass in remembrance of Daniel Rocha at the Cristo Rey Catholic Church. This is the one year anniversary of Rocha’s death on June 9th, 2005. 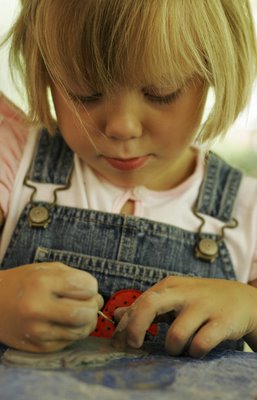 Thao Nguyen AMERICAN-STATESMAN 06/11/06
4-year-old Lizzie Jones, of South Austin came out to play with clay at the 15th birthday party of the Umlauf Sculpture Garden and Museum on Sunday. In addition to free admission and birthday cake with lemonade the Umlauf received a new logo designed by Michael Reese which is mounted in bronze at the entry wall.