What a fun weekend! Friday was Pim Van Hemmen and Ed Kashi. They spoke about stuff like video and audio with pictures. I think that I would enjoy doing sound with pictures but I dunno if I could ever fully convert all the way to video.

Post-Standard shoots were ehh… for some reason I shot everything very much under exposed… no bueno again for this week… but since I was at Post-Standard I missed all of the Alexia judging… but when I have to enter next year I know what I want my proposal to be… I just wish I was there to see what they liked and didn’t like about everyone’s portfolio and proposal.

Ed Kashi said a few things that I fully agree with… “This is a people profession.” Which of course I agree with, and is the one of the whole reason that I enjoy being a photographer, I like talking to people and photographing em… “I just wanna work, tell pictures, make stories, I would die if I couldn’t do that.”

At the end of the night we were talking about my poor lense… yeah hopefully by the end of summer I’ll be all geared up with Canon and whatnot… lucky for me to have a paying internship.

Elliot Erwitt. Ed Kashi had mention his name during lecture… so I thought I’d check him out. He seems to shoot in themes…. hands more or less. I dunno what else to say… keep looking… 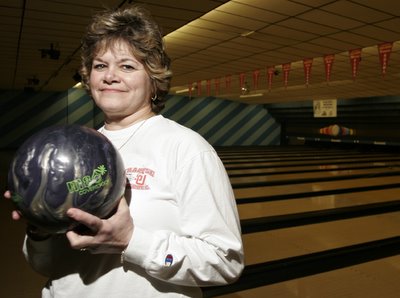 Mary Sue Kurtz, a bowler at the Womens bowling league is in the 1st squad with the high score of 688 with handicap. 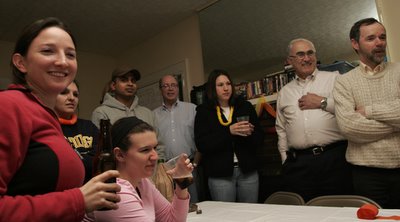 Spectators at the 1st annual student chili cookoff after the Alexia Competition. 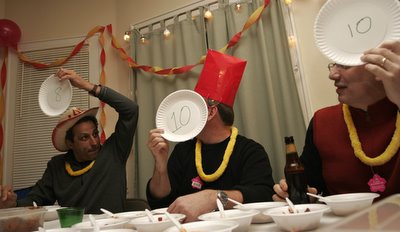 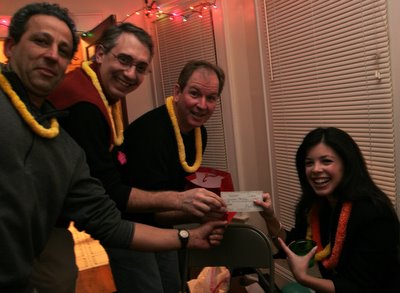 The three guys again with the chili winner Christina. 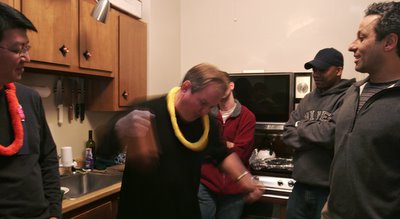 Pim demonstrating a photographer who went in for a job interview.