Awww so I spent the Sunday/Monday with Simon up in Folkestone, which is bout an hour and a half to the SE. (I think it was) Beautiful coastal lil town.

Simon is such a great person, I’m so glad I met him. Actually the more I learned about him the more I loved him as a person. First of all of course the first thing you notice about him is obviously his appearance. I hate people who judge by looks because they miss out on alot. There’s soo much to say but I’ll spare poor Simon the embarrassment! lol but in brief he’s got a lovable personality, works at a learning disability center, a past that is filled with things like starting a skate park to boys scout (sorry had to say it!) and of course the very emo side of him… that includes the childhood critters hidden somewhere in his room!

The super benefits of photojournalism. Making friends for life.

Vincent Laforet. Very interesting pictures. The way he shoots seems to be really intimate. His shoots also have a feeling of clean, fresh or rather refreshing feeling to them. The pictures show how fun it could be to be a photographer. 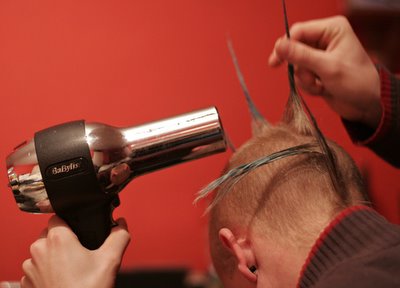 Simon Reynolds wakes up a quarter before 7 am and fixes his hair before heading out for work. Reynolds says that he doesn’t usually care that much about what he is wearing but when he goes out his hair has to be perfect.

Simon getting ready at 7am-ish… without glasses and tired from realizing that I couldn’t handle 3 pints, I felt obligated to shoot in the morning… 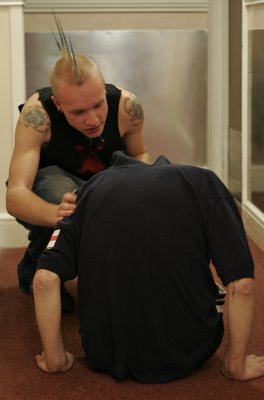 “Come on (client name) its time for bed,” says Simon Reynolds as he passes by one of the clients at the learning disability home where he works. (client name), who is blind, was sitting in the hallway after lunch and usually goes by himself to his room but today he stayed in the hallway. 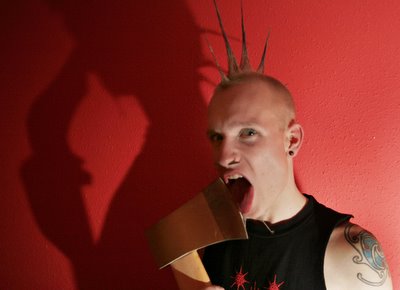 Love the shadow… I shoulda played with it more! 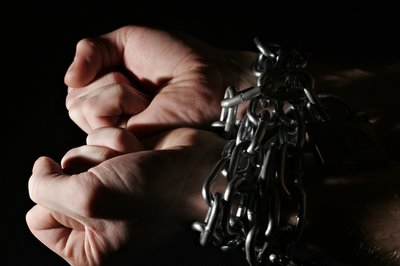 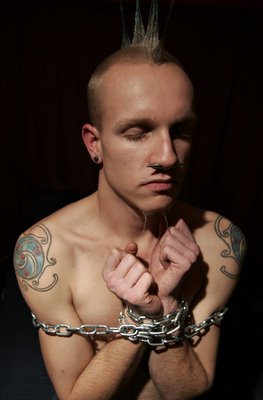 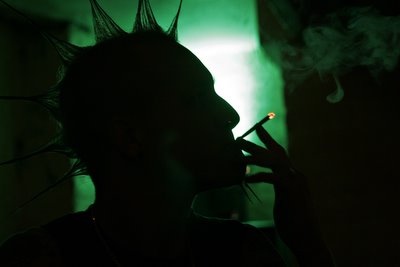 Simon Reynolds enjoys a cigarette while he sips his pint at The Chamber, an underground bar in Folkestone.