Just another Saturday for me. I think I’m doing better… but not yet to my full potential. I think I need to buy a GPS system too!

James Nachtwey. Again, I went to VII and this story just caught my eyes and gave me the chills. It’s his coverage on Congo, can be found under recent work. 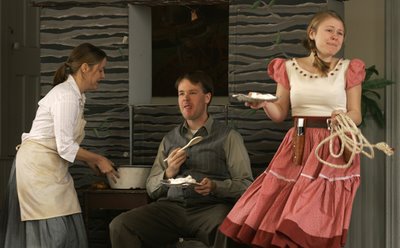 “Cookie” played by Sarah Davies, starts a pie eating competition for Jacob Jones played by her younger brother John Davies, and Cornelia Loomis played their younger sister Beth Davies. The competiton is rigged and the pie that Cornelia is eating has an added ingredient. The Great Canal Caper is a one-act opera that starts out with Cornelia Loomis of the “Loomis Gang” stealing a horse named Sal. 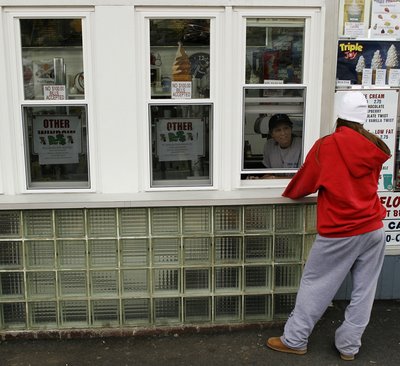 Jennifer Gaut, 22 takes 13-year-old Jehnna Trautman’s order on the first day of Manlius’ Sno Top opening. Trautman and her two other friends walked about a mile in the cold to get their first Sno Top of the year. The Giordano family has owned the stand since 1974 and it will be open weekends in March and full- time beginning April 1.