Today I woke up slowly… but got out the door by 10 to try and hit up Portobello. Shot a little bit, but the crowd was a little much and I didn’t want to bother the vendors while they were working. Went to school to start printing prints when Judy calls and tells me that theres a peace rally in Piccadilly Circus. So off I went. Overall it was a fun experience. Now I’m at school trying to print off pictures for people whom I’ve made a promise to send prints! 🙂

Nick Ut. Of course, Nick Ut. I deeply aspire to be like him. Sadly I can’t seem to find a large clump of his pictures online but what I like is of course he is Vietnamese and he covered Vietnam. I dunno, me being such an American, I really want to get back to my roots and do more of a focus on Vietnam with my photography. 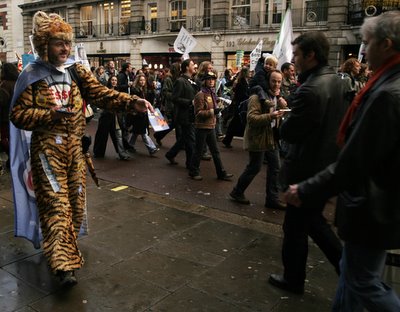 Man dressed in cat suit handing out flyers protesting the use of Esso. 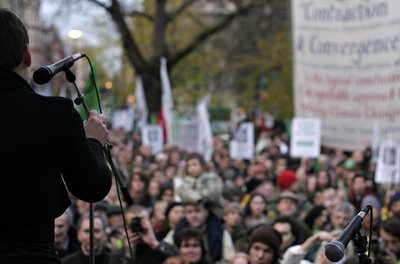 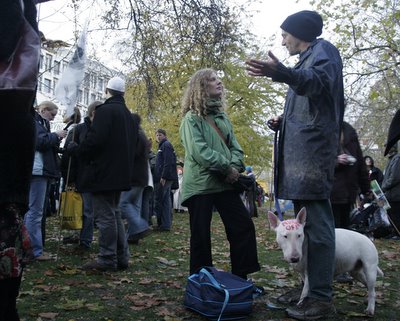 It’s a lil weird how they are going for world peace but somehow this almost seems a bit like animal cruelty… dog had spray paint like thing on his head that reads “Nuke Off” which refers to nuclear power. 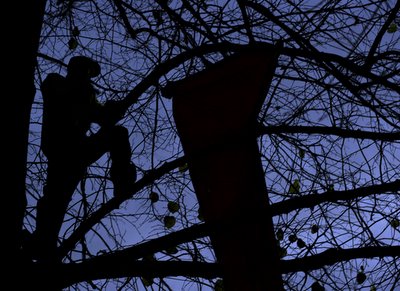 I found him in a tree and thought it would make a fun graphic picture. 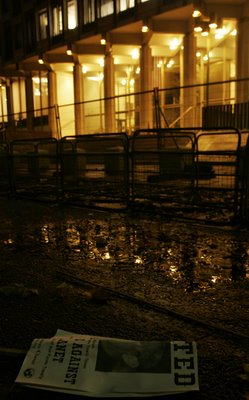 A sign that reads “WANTED/ George W Bush/ The outlaw known as the Toxic Texan/FOR CRIMES AGAINST THE PLANET/ and attempted assassination of the Kyoto Treaty” lays outside of the US embassy in London after a rally against climate change. The march started at noon and finished around 5pm. The Campaign against Climate Change London demonstration was a part of International Day of Climate Protest.