Happy late New Years! So I have a very productive New Years wish… to learn my directions, to pay attention to my roads and highways… no more being lost! So if I train myself to pay attention to where I am going, hopefully I won’t get so lost! 🙂 Same story this week, more work that photo… oh and working at a resturant named Black Eyed Peas means that it will be crazy on Jan 1st!

For my break I was given an assignment from Kirk of shooting something round and purple. Those were my only guidelines and the rest was up to me! My first try is of an eggplant… poor thing isn’t as purple as I would have imagined it would be.

Larry C. Price. Random searching and I came across a website with photographers who covered Africa on Olympus’ website. He went to UT, worked at newspapers and won 2 pulitzers in his lifetime so far and is now at The Denver Post as the assistant managing editor. I love photo! What a life, I’d love to be able to work at a newspaper and still be able to shoot in another country on my own projects. Projects that mean something to me and that I want to be able to tell the story of… but in reality I would probably hafta freelance if I wanted to shoot Vietnam. 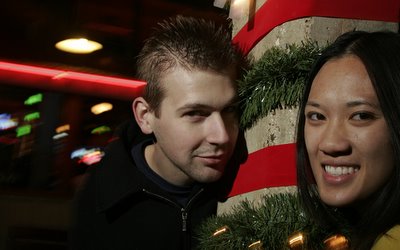 Sis and her bf at the stockyards… I was going for xmas card feel… I started playing with rear-curtain sync on my flash… what a fun feature… heres slight example… I’ll keep working on making a better one soon! 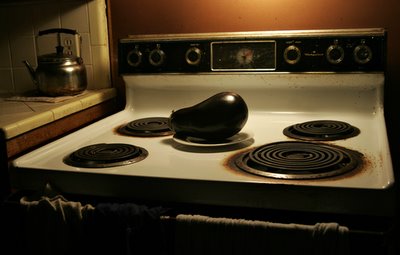 This is purple and round #1… it’s missing something… can’t quite put my finger on it… trying again tomorrow nite after work. 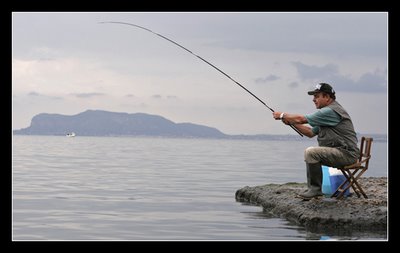 UPDATE! Before I left London, I sent out prints to Simon, and my two fishermen; one in Palermo, Italy and my one in Aegina, Greece. My fishermen from Italy had his daughter send me an email thanking me for the prints. This opens up doors… especially in learning about him as a person, because when I was in Palermo, I couldn’t speak Italian so all I got was his name and he wrote down his address for me.