I have been either busy with non-photo related items, or working on my same-sex adoption story. I don’t think I will post much of it until I finish… so I won’t be updating very regularly (as you can tell!)

I just logged on to post my Alexia entries… It’s a photo competition of sorts, for the best photo essay that promotes world peace and cultural understanding.
Heres my 16… we were allowed 20 images max… anyhow this is all I have to show for now! 🙂 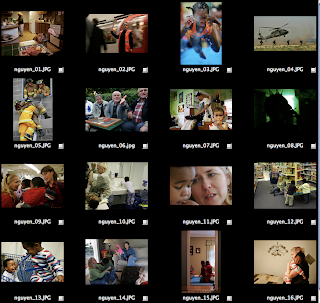 Next time you hear from me might be after graduation… and starting my internship!

My Alexia proposal
Raising children in same-sex families have been proven to be just as good as a heterosexual family. Limiting that would deprive children of caring homes.

In the year 2003, there were 523,085 children listed in foster care nationwide. Of those kid 118,761 are awaiting adoption, but only 50,144 of those waiting were actually adopted. An ongoing debate about the possibilities and legality of adoptions by same-sex couples could jeopardize the availability of caring families willing to adopt. Morgan’s original life would have been a world of uncertainty to a mom who gave birth to her from a prison. Now she is in Syracuse, NY and has moms and a brother to share her life with.

Parts of society argues that same-sex adoption should be illegal and that they don’t benefit the children. Even with those views the alternative of foster care statistically has been proven that the children are three to six times more likely to have emotional, behavioral and developmental problems than those who are not placed in foster care.

In an effort to learn more about what makes up a same-sex family I have started photographing a story on a Caucasian lesbian couple who have adopted and are raising their two kids who happen to be African-American.

African-American babies are more commonly put up for adoption than Caucasian babies. Statistical evidence shows that Caucasians are more likely to abort or try to raise the child themselves. Adoption is not only good for the thousands of children who are in need of a home but they also give same-sex couples the ability to raise their own families. This takes children out of what could potentially be a life of hardships and puts them into a nurturing caring environment, which ultimately leads to a better society for all that are involved.

Limiting choices for the children needing to be adopted would mean that more children would be without a family and in turn placed into foster care.

My proposal for the Alexia Competition is to show that a same-sex interracial family, although they may be nontraditional can still prove to be a loving environment and that it benefits all parties involved including society as a whole.