Well it seems like its about a week until I return to syracuse… kinda excited… photo will be fun times! You know how you always hear stories about a photographer who was running late to a shoot but saw something and couldn’t pass it up so they shot it and it ended up being like the best picture in their portfolio? Well I felt like I passed up one of those yesterday. I was running late to work and as I was driving on the highway I saw about 15 soldiers all in green carrying their rucksack on their shoulders crossing the overpath ahead of me, sadly I didn’t have my camera on me and couldn’t shoot it. It was about 10:30 in the morning and the light woulda been nice. My sis’ bf said that they do that often… and I was gonna call and see if I could follow them… but I only have a week left… and half of that week is booked with family and work… so I guess maybe one day I’ll hafta go shoot that.

So I’m getting my hair cut by my friend tomorrow, she went to school for hair, but I decided that for once in my life I’m gonna add a lil bit of a blue streak. Why? Well my hair is pretty much virgin hair, nothing has touched it except for some hair spray and gel in middle school, other than that I don’t blow dry it, curl it very often and have never colored it. But this lil streak of blue will be something that I have always wanted to do but never could because of my parents and that well pretty soon that I will never be able to do because well, who could take a blue haired photographer that seriously?…. only minor setback is that I go to the DMN on Tues.

Any comments on my hair idea? major mistake or ehh whatever floats your boat?

Deanne Fitzmaurice. Operation Lion Heart was an amazing photostory that she did on a 9 year old Iraqi boy who picked up a bomb that he thought was a toy, it exploded and she basically follows his recovery. 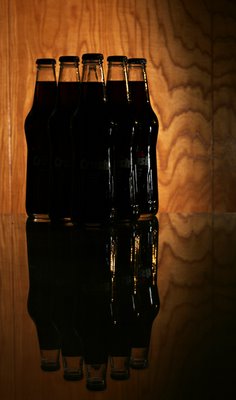 Purple and round #3… the original #3 planned shoot died… twas a fish.