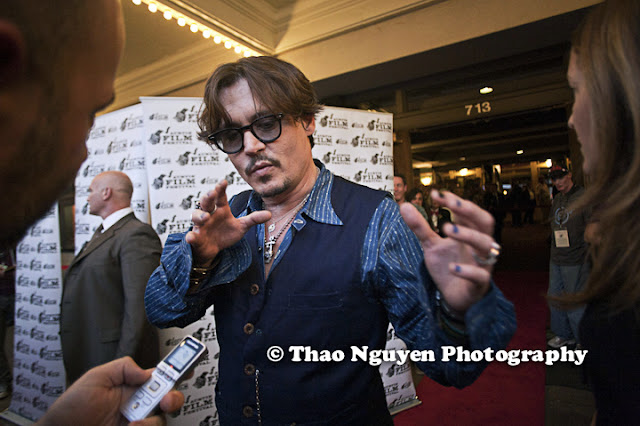 Thao Nguyen/FOR AMERICAN-STATESMAN 10/21/11
Johnny Depp arrives on the red carpet at the Paramount for The Rum Diary in Austin, Texas on October 21, 2011. 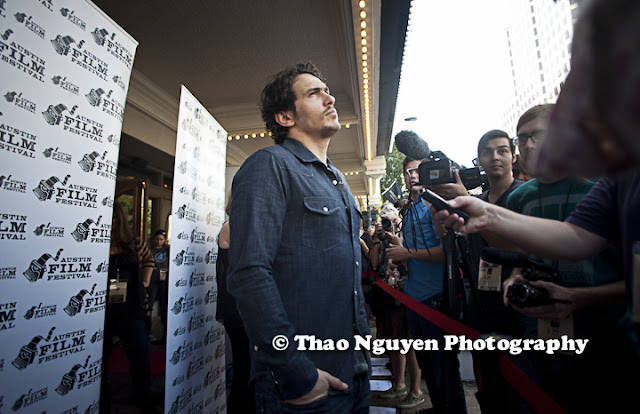 Thao Nguyen/FOR AMERICAN-STATESMAN 10/23/11
James Franco answers questions at the Paramount for the screening of his film Sal in Austin, Texas on Sunday, October 23, 2011. 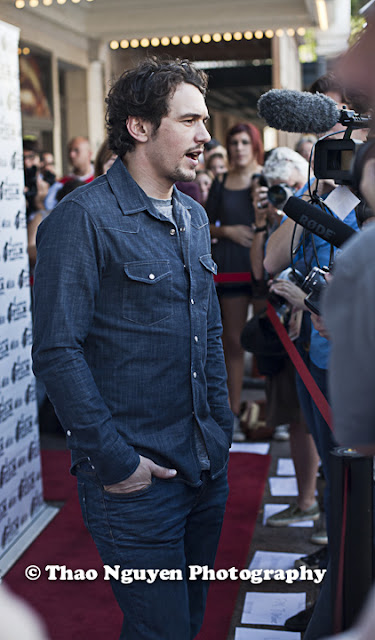 These were shot for a different personal project, not for Statesman. 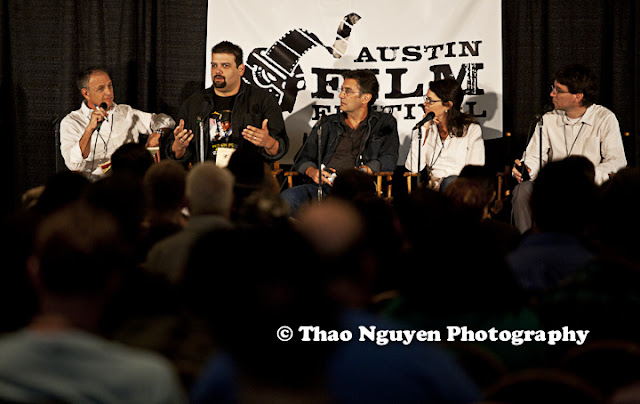 If I remember correctly this photo is from this event:
Zombies, Apes, and Vampires: Breathing New Life into Old Genres
Stephen F. Austin Hotel, Ballroom
Just when you thought it was safe to go back to the drive-in, the heroes and monsters from the B-movies of yesteryear have experienced a rebirth over the past few years as films like ZOMBIELAND and RISE OF THE PLANET OF THE APES take the tried-and-true monster movie formula and reinvigorate it. This panel will explore the evolution of monster genre over the years and how filmmakers today continue to find new ways to interpret to their old favorites.
Rick Jaffa, Rhett Reese, Alvaro Rodriguez, Amanda Silver
Moderated by Drew Yanno 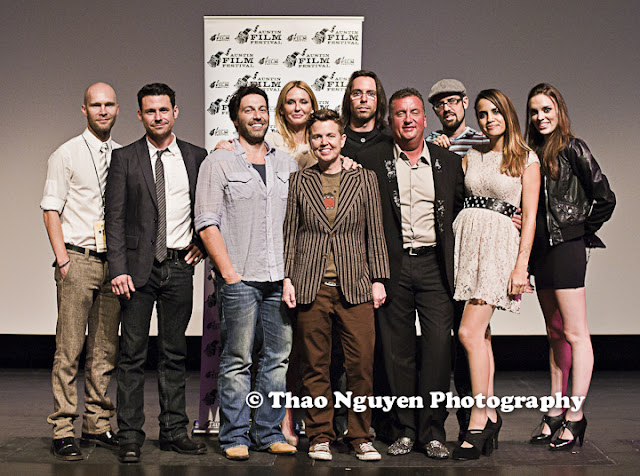 6 Month Rule cast and crew at the Austin Film Festival.