I haven’t really had time to sort through the recent boxing pictures yet… they were a lil dark 🙁 hopefully I can pull a few out of them… take some random ones that I shot for a school project for now. 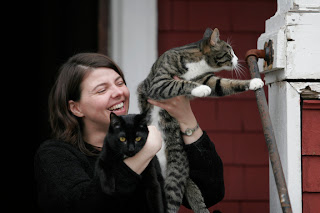 Owner Holly White, 34, situates her 1 year old “kids” Cat Doocou(left) and his brother Felix outside her house. White is a 2nd year PhD student in the Religion program at Syracuse University. 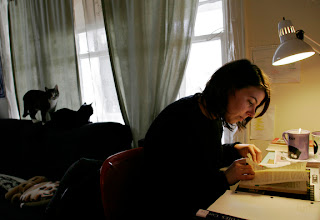 Owner Holly White, 34, works on a presentation while her cat Felix and his brother Cat Doocou stand on the couch that overlooks the front yard? White is a 2nd year PhD student in the Religion program at Syracuse University. 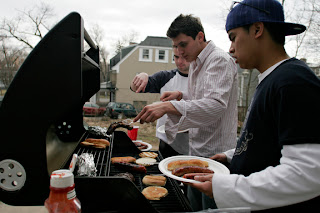 (from left) Senior IST major, Ryan Fee points to a piece of BBQ meat while Pepo Tonov, 21, junior finance major retrieves it for him. Fee and Jon Rances, 20, both live in the house on the 700 block of Sumner and on Wednesday they bought a grill and have been grilling for three days straight. 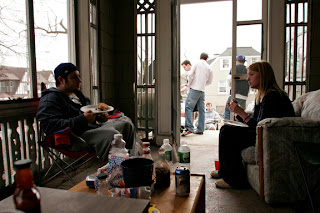 Junior finance and entrepreneurship major Dave Silvers, 20, talks to Kendall Snelling, 21, a junior bio chemistry major while visiting a friend who decided to grill up burgers, sausages, corn, kielbasa, and hot dogs. The tenants bought the grill on a Wednesday and have been grilling for 3 days straight. 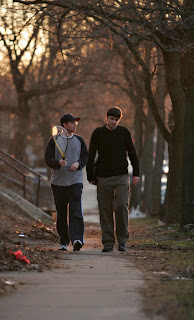 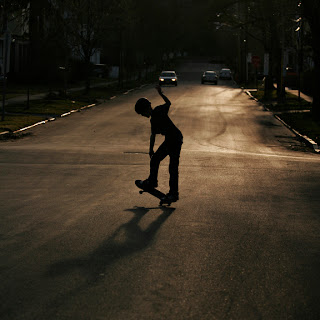 Ian DaRin, 14, skates at the intersection of Sumner and Stratford where his parents reside and rent out half of their house to students.