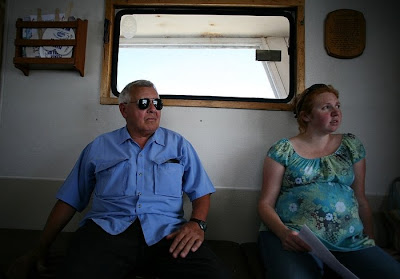 Robert Stevens, 71, sits with Kristen Corbin, 22, as they ride the Jason II ferry to Tylerton, MD. Tylerton is one of three towns that make up Smith Island. Smith Island’s populations is around 300 people and the island is made up of mostly crabbers. Tylerton is separated from the other two towns and is accessible by boat. The easiest way to get to Smith Island is to catch a ferry from Crisfield, MD and take the 45 min ferry to the island. 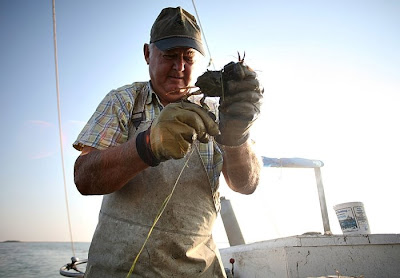 Bobby Marshall, 71, measures a crab to see if it fits regulation size. This crab got tossed back in the water. The watermen are having a harder time making much of a profit due to stricter regulations and shorten harvesting seasons. 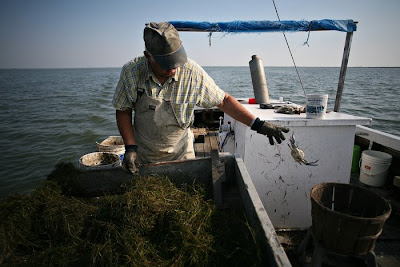 Bobby Marshall crabs an average of 1-2 bushels a day and brings them back to the Smith Island Co-op where they are to be pressure cooked and made ready for his wife to pick the crab meat and prepare it for sale. 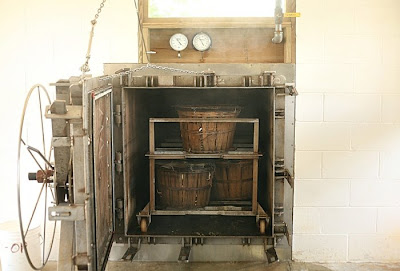 This machine is used to cook the bushels belonging to the 5 families that work at the co-op. The pressure cooker can hold 20 bushels at one time and they are usually put in around 2 to 3 p.m. It takes 40 minutes from start to finish to steam the crabs. 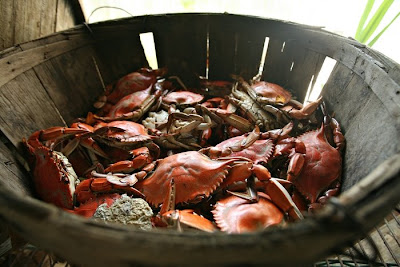 A bushel of freshly pressure cooked Maryland crab caught earlier in the day sits by an open screen window to cool off before being picked by the women of Tylerton. 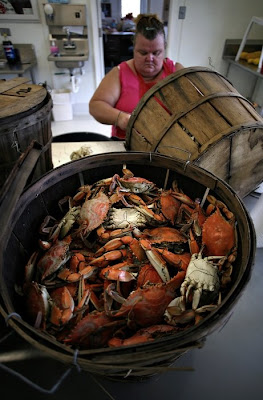 Tina Corbin, 52, picks crab from the bushel that her husband brings in daily. Her as well as the other 4 women have been picking crab at the co-op for 13 seasons. 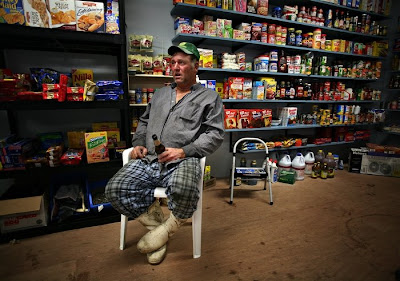 Ed Smith, 53, drinks a Maine root beer while sitting around with the boys at the Drum Point Market in the evening after work. The island is a dry island so no alcoholic beverages are consumed in public. 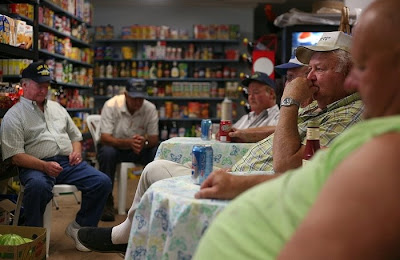 The boys come to Drum Point Market daily in the evening after their shift to sit around and hang out before heading home for the night. Drum Point Market is the only grocery store/convenience store on the island. 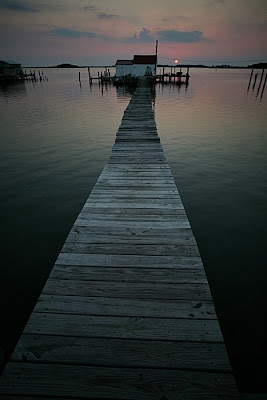 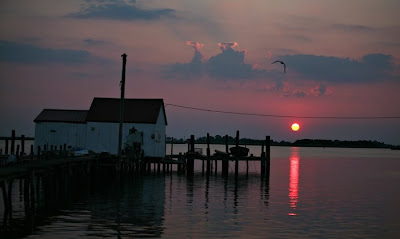 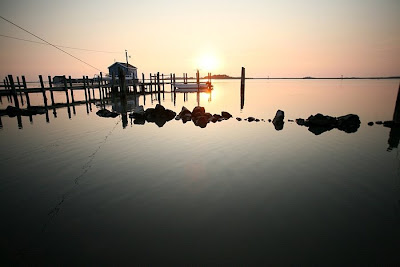 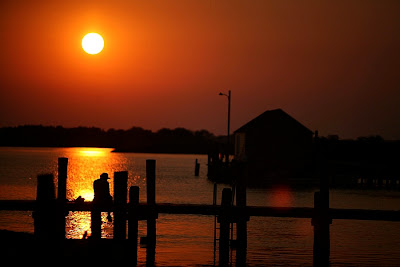 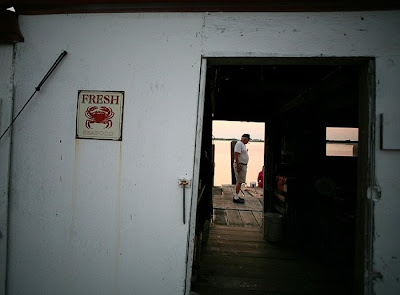 Robert Stevens, 71, is seen through his daughter’s shack on the dock during sunset in Tylerton, MD.